COV 19 Immunity collapses inside six months after Vaccination. This is absurd. 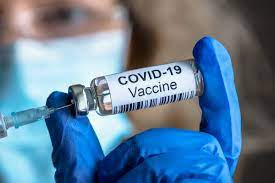 I have said that this is not a vaccine.  Here that so called vaccine effect fails to make it past six months provided we are actually measuring a vaccine effect.  It is not a vaccine if it does not provide a strong immunilogical effect lasting a great deal of time.  This means years for everything else.
Instead we are trying to deal with the common cold the same way as polio and forget conveniently that this disease changes so quickly as to render the whole strategy a waste of time as this once again proves.  We all knew this seventy years ago and it has obviously been written out of the text books.
We are peddling a faked vaccine and actually poisoning that vaccine to produce the necessary death rate.  All under trhe cover of the annual flu or cold outbreak cycle.
New study: Nursing home residents, health care workers lose more than 80% of their COVID-19 immunity six months after Pfizer vaccine
Case Western Reserve University researchers, in partnership with Brown University, examine vaccine’s effectiveness over time on seniors and their caregivers
1-Sep-2021 5:00 PM EDT, by Case Western Reserve University
favorite_border
Newswise — CLEVELAND—A new, multi-institutional study led by Case Western Reserve University—in partnership with Brown University—found that COVID-19 antibodies produced by the Pfizer vaccine decreased sharply in senior nursing home residents and their caregivers six months after receiving their second shots.
David Canaday, professor at the School of Medicine, and the research team studied blood samples of 120 Ohio nursing home residents and 92 health care workers. In particular, they looked at humoral immunity—also called antibody-mediated immunity—to measure the body’s defenses against the coronavirus.
The researchers, including a lab team at Harvard University, found that individuals’ antibody levels decreased more than 80% after six months; the results were the same in seniors (median age 76) and caregivers (median age 48) and old alike, according to the study.
After presenting their unpublished results directly to the senior staff at the Centers for Disease Control and Prevention (CDC), researchers were urged to get the data out in the public domain as soon as possible “so we could enter conversation and the decision-making process for booster vaccine recommendations,” Canaday said. As a result, the researchers published the findings on medRxiv, an online preprint server for health sciences studies co-founded by Cold Spring Harbor Laboratory (CSHL), Yale University and the BMJ, a global healthcare knowledge provider, while the study is under review at a traditional peer-reviewed journal.
The sharp decline is particularly problematic for the seniors, because earlier research by Canaday and his colleagues found that within two weeks of receiving the second dose of vaccine and being considered “fully vaccinated,” seniors who had not previously contracted COVID-19 already showed a reduced response in antibodies that was substantially lower than the younger caregivers experienced. By six months after vaccination, the blood of 70% of these nursing home residents had “very poor ability to neutralize the coronavirus infection in laboratory experiments,” Canaday said.
The new research is part of a $2.3 million grant from the National Institutes of Health to CWRU and Brown University. That work led to another $4.9 million grantawarded in early August, from the CDC to Canaday and two other principal investigators—Stefan Gravenstein and Elizabeth White, at Brown University—to examine how long immunity lasts in nursing home residents and to research booster vaccines.
The results, Canaday said, support the CDC’s recommendation for booster shots—especially for the elderly—due to fading immunity. And that boosters are even more important as the Delta variant spreads nationwide.
Early in the pandemic, higher COVID-19 mortality among nursing home residents led to making them a priority for vaccination. Most nursing home residents received the Pfizer vaccine under the emergency use authorizations because it was the first available vaccine on the market.
In addition to Case Western Reserve, Brown and Harvard universities, the research team included collaboration with the Louis Stokes Cleveland VA Medical Center; Ragon Institute at the Massachusetts Institute of Technology; Beth Israel Deaconess Medical Center and the Marcus Institute for Aging Research, both in Boston; and the Providence Veterans Administration Medical Center, in Providence, R.I.
Posted by arclein at 12:00 AM