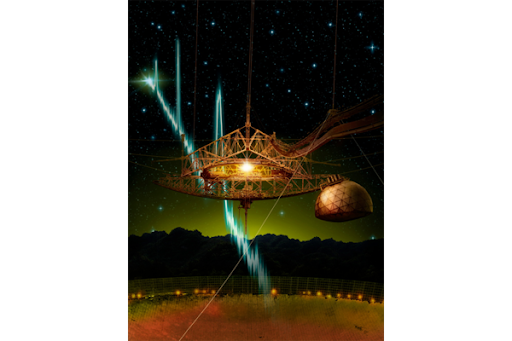 Obviously we do not know.  I suspect we are dealing with super dense object with a standing wave that causes jets to emerge.  This wave may be moving about the star and this means detection will be determined by the jet actually pointing at us.  A slow moving jet could well allow several separate observations occurring as the wave passed in and out of the event horizon.
That thousands of such jets exists suggests that a significant population of stars are jet emitting but very rarely detected as well.  Thus there may well be tens of millions such jets mostly firing in any other direction.
It makes sense that these jets are firing periodically as an energy and mass release mechanism. They really cannot be one offs or their frequency would approach that of a nova.  Most of these jets appear to be radio waves but we have seen jets that also radiate in the visible spectrum.
..
Astronomers detect repeating fast radio burst. What's causing these FRBs?

In what is being called a 'fantastic observation, ' astronomers say they have spotted a fast radio burst that seems to repeat.

Powerful explosions of radio waves known as fast radio bursts explode in the sky like a flash from a camera — a single, great release of energy. But astronomers recently spotted an FRB that looks more like a strobe light — the event released multiple bright bursts of radio waves.

Fast radio bursts, or FRBs, were only discovered in 2007, and while astronomers estimate that thousands of these bursts take place every day, this is only the 18th FRB ever identified. Why haven't any of the other FRBs shown this repeat behavior?

"It's possible that so far we've only seen the brightest FRB bursts," lead author Jason W. T. Hessels, associate scientist at ASTRON, the Netherlands Institute for Radio Astronomy, told Space.com in an email. Hessels led a team that used the Arecibo telescope in Puerto Rico to locate a collection of 11 repeating bursts from the same source. "Because of Arecibo's much higher sensitivity, we can see much weaker pulses, and hence the chances of detecting repeats is higher."

Every day, an estimated 10,000 FRBs flash across the sky. In their brief, millisecond-long appearance, they release as much sun as the sun emits in 10,000 years. But their short duration and unpredictable arrival makes observing them a challenge. All of the previously identified FRB's have only been single-flash events; this is the only multi-flash event ever discovered, according to a statement from the Netherlands Institute for Radio Astronomy.


The largest and most sensitive radio telescope on the planet, Arecibo has about 15 times the sensitivity of the Parkes telescope in Australia, where most FRBs have been detected. Originally spotted in 2012 by a survey of the sky conducted by Arecibo, the newly-discovered, repeating burst showed no signs of activity during follow-up observations by the telescope. But a review of the archived observations of the telescope revealed an additional 10 bursts consistent with the first.

But the rapid-fire bursts aren't particularly regular, according to Hessels. In one case, which he calls a "fantastic observation," six bright pulses occur over a 15-minute period.

"We also have plenty of hour-long observations that show nothing," he said.

The source of FRBs has remained a mystery in the decade since they were first spotted. One potential cause of the terrific explosions is a cataclysmic collision between two powerful objects, which would destroy both. However, the repeating nature of the new observations suggests that at least some are born from events that preserve their sources to burst another day.

According to Hessels, the reconfiguration of the magnetic field of a magnetar could explain the explosions. When a star explodes in a supernova, it leaves behind an extremely dense core known as a neutron star. A magnetar is a super-magnetized version of this core.

"No FRB has been definitively identified as a cataclysmic event," Hessels said. A study published last week in the journal Nature claims to have tracked an FRB back to a host galaxy for the first time, but the exact source has not been confirmed.

However, Hessels cited research from last December that argued a newly discovered FRB could stem from a young neutron star shrouded in dust, saying that the findings complement his team's discovery.

In the future, the team hopes to identify the galaxy that could host the repeating FRBs. By combining the powerful Arecibo telescope with other telescopes in Europe, they hope to have enough precision to more accurately identify where the bursts originate. From there, highly sensitive optical or infrared data could identify the host galaxy.

The research was published online today (March 2) in the journal Nature Letters.

Copyright 2016 SPACE.com, a Purch company. All rights reserved. This material may not be published, broadcast, rewritten or redistributed.
Posted by arclein at 12:00 AM