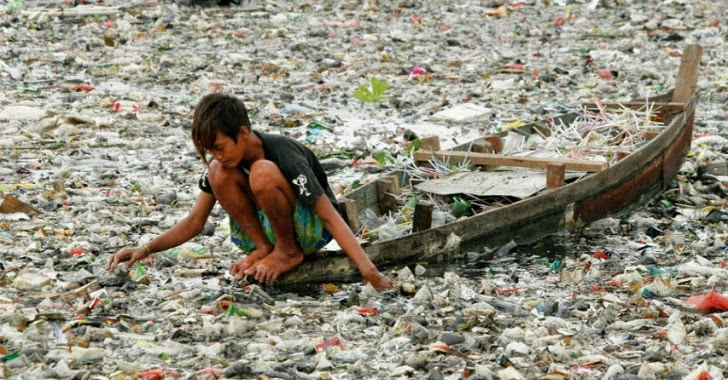 I can accept a good start and that is what this gives us.  Best it can be used in landfills and forgotten about.

That empowers acrtual collection as a potentially successful strategy and allows our handling chain to accept terminal landfill solutions to actually solve the problem.  It can easily made self collecting by deposit fees to facilitate picking and running down outliers.


It also suggests that our land fills need to operate windrows to speed this processup along with other friendly processess.  That way the problem can be fully resolved  to allow additional processing as well.


One of the biggest problems facing the earth, plastic pollution, could soon meet its match if students at Yale University are able to breed a recently discovered plastic-eating fungus on a large scale.

Plastic pollution, exemplified by the giant floating island of trash the size of Texas in the Pacific ocean, is highly detrimental to the world’s ecosystem because it breaks down extremely slow. In fact, according to the National Center for Biotechnology Information, plastic doesn’t actually biodegrade:

“Plastics do not biodegrade, although, under the influence of solar UV radiations, plastics do degrade and fragment into small particles, termed microplastics.”

This presents humans with a challenge that must soon be met, considering much of our plastic trash ends up in the ocean where it breaks down into toxic microplastics, winding up in sea life. Not only is this dangerous to the sea life, but it’s also dangerous to people because we end up consuming these very fish which we are poisoning with our trash.

Many groups and organizations have been formed to clean up plastic that ends up washing ashore on our beaches, but the vast majority of plastic pollution ends up in the ocean. The planet has a growing addiction to cheap and industrious plastic, increasing in use exponentially every year with no end in sight.

This is why the discovery of plastic-eating fungus is so exciting. According toInhabitat,

On an expedition to the rainforest of Ecuador, students from Yale’s Department of Molecular Biophysics and Biochemistry discovered a previously unknown fungus that has a healthy appetite for polyurethane. According to Fast Company, the fungus is the first one that is known to survive on polyurethane alone, and it can do so in an anaerobic (oxygen-free) environment, which suggests that it could be used at the bottom of landfills.

The discovery was published in the scientific journal Applied and Environmental Microbiology. Researchers were also able to isolate the enzyme responsible for decomposing the plastic.

It isn’t exactly clear how this fungus will be implemented in bioremediation, but one can picture floating plastic islands covered in mushrooms which will eat the entire trash pile then sink into the ocean.

It’s also important to wean ourselves away from petroleum based plastics because they require many resources just to manufacture, and pollution doesn’t start or end with the trash in the gutter. Many other sustainable options are available which could used instead, like hemp based or other plant based plastics.

Sadly ironic title to the blog, carbon dioxide is not a problem. Terra forming earth would involve more CO2 because it causes plants to grow fast and have better drought stress. More CO2 and the deserts will green.

Earth is deficient in CO2. Terraform that.