Is Monsanto Killing Your Brain? 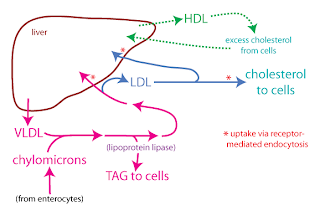 This spells out the fundamental risk associated with GMO products. They are an unsupervised experiment that has the tangible risk of altering our own genetic makeup as peripheral damage. Worse, without precise labeling, you cannot monitor your intake.

As mentioned, whole foods is now leading the charge to change that at least by demanding proper labeling. This will likely lead to a collapse of industry resistance. Better it will soon lead to a price differential which will penalize farmers who do not care for quality. Needless to say, the only way to gain the credentials will be to make the switch to organic methods.

I had expected the organic changeover to take at least two to three generations, but this developing momentum has led to a quick reassessment. It can happen as quickly as inside a decade. I now think that it will not take any longer and that China in particular will also dive right in in order to preserve export market.

Is Monsanto Killing Your Brain?

But let’s be honest and examine the evidence to see if this is really true.

You already know that Watson and Crick won the Nobel Prize for figuring out the structure of DNA. And for over 40 years scientists thought that DNA did all the work of transcribing genes. They thought RNA was just a messenger.

But we now know that RNA can store information and can transfer that information to change DNA. This is called reverse transcription, and it turns out to be very important for your health in today’s world. We’ve been able to stop viruses because of this.

But it also means that “proteins,” or micro RNA injected into your food, can also affect your health. And change your entire body.

Last year Chinese researchers published a paper in the journal Cell Research where they found small pieces of rice RNA in the blood and organs of humans who eat rice.1

And this rice RNA wasn’t just sitting there doing nothing. It was binding to receptors in human liver cells that stopped the body from processing cholesterol.

And the evidence shows that genetically modified foods stop your body from processing this molecule. That can kill off your thinking power.

This isn’t sci-fi. The discovery of how RNA can reverse transcribe genes won a Nobel Prize, too. We now know that probably up to 15% or our DNA is acquired through reverse transcription from RNA.

This is why I think it's huge news that Whole Foods market is going to start labeling all the foods that they know have GMOs (genetically modified organisms) in them, or that are GMOs.

Big Agra is scared to death of this… they’ll lose billions if no one wants to eat their Frankenfoods. But I have always believed you should have the right to choose what goes into your own body.

So to help you choose for yourself, here are my latest recommendations:

Try farm-to-table: If you eat out, try ones that cook from scratch. Even better, look for a farm-to-table restaurant that will tell you where the food comes from and how it’s grown or raised. Of course, avoid ones that tell you their GMO soy is “organic,” or that their meat is raised “organically” on a diet of grains. The American Farm to Table Restaurant Guide (americanfarmtotable.com) lists many of the farm-to-table restaurants in the U.S., and has reviews, directions and contact info.

Become a locovore: There is a movement in place to eat and buy locally. Look for farmer’s co-ops within a 100-mile radius of where you live. Visit your local farmer’s market and ask questions about how they grow their crops. Threats to small family farmers and co-ops from Big Agra, after the latest Supreme Court decision, may be coming, so get the good stuff while it lasts.

Look for a “non-GMO” label. This can be tricky, because the manufacturers of genetically modified foods are lobbying hard to get “non-GMO” labels banned. Look for the label at right:

Also, the Non-GMO Sourcebook at nongmosourcebook.com tells you how and where to get non-GMO seeds and who sells non-GMO soy products. You can also visit non-gmoreport.com. Just click on “resources” on the left-hand menu. You’ll see links to resources, companies, and even test kits. There’s also the European Union’s GM Watch at gmwatch.eu.

Let the government know how you feel: The Genetically Engineered Food Right-to-Know Act was introduced in both the Senate and the House of Representatives.

At least here in Arizona, americanfarmtotable.com is useless. It lists the same THREE
(3) restaurants it was so proud to list in NOVEMBER, 2010!

Is this why Americans are so stupid?

As long as corporations can buy politicians and the courts, don't expect this to stop.