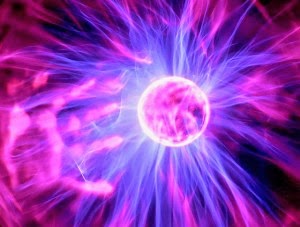 Again we inch toward acceptance and perhaps understanding and even control.

What we badly need is a series of repeatable experiments in which we measure range itself. We are making the conjecture that the generated field itself is able to do something. Yet we do not know what can change or if it is a range related activity as we clearly anticipate. We do have an alternative in the brain itself without calling up the energy field.

Yet here we are, just were we were fifty years ago. It is time to do much better now we are beginning to separate consciousness from a purely material explanation. Is the energy field a manifestation of consciousness? I suspect that it is not but I do suspect that consciousness can use the field in a sensory manner quite instinctually. After all it would be extremely helpful in picking up a pencil.

A Russian scientist has been studying the human energy field and is claiming that people can change the world simply by using their own energy. While this idea is not new, not too many have taken the time to scientifically go about proving such ideas - although the field of quantum physics has shed some powerful light on the topic over the years. Dr. Konstantin Korotkov, professor of physics at St. Petersburg State Technical University, states that when we think positive and negative thoughts, each have a different impact on our surrounding environment.


We cannot see energy very easily with the human eye and thus the world of unseen energy can be difficult for the mind to grasp without scientific measurements to verify what is taking place. Perhaps this is why the study of consciousness affecting our reality has been virtually untouched for so long. To help create a bridge between our physical and unseen world, scientific experiments using a technique called bioelectrophotography are being carried out. In these experiments, an assumption must be made that states the human body and consciousness is constantly emitting energy. Following this assumption, Bioelectrophotography aims to capture these energy fields seen as a light around the body. In the metaphysical world this energy emission is known as a person’s aura, while in the scientific field, it is often refereed to as our energy field.

Princeton Research
Dr. Korotkov is not the only one studying the affects of the human mind, thoughts and energy on our surrounding environment. The Princeton Engineering Anomalies Research (PEAR) Laboratory has also been trying to wrap their heads around the subject and have concluded that the mind does in fact have a subtle capacity to influence the output of devices known as Random Event Generators (REGs).


A project that initially started when a student was curious to study the effects of the human mind and intention on the surrounding environment, turned into a rigorous testing lab where Dr. Robert Jahn and his lab assistant spent many hours experimenting to determine whether or not the mind has an affect on our physical world. Jahn and his assistant were able to determine that the human mind’s interactions with the machines demonstrated a relationship that was not physical in nature. The mind was able to affect and change outcomes of the machine in ways that were beyond explainable. In essence, consciousness was having an affect on the physical world.


To determine the affects of the mind’s intention on the physical world, they built several machines called random number generators. The machine would essentially mimic a coin flip and record the results over time. The machine performed 200 flips per second and produced an average mean of 100 as one would expect. Left unattended, the machine would continue to produce results that suggested a 50/50 chance of producing either heads or tales. The interesting results came when human intention started to interact with the machine. What was once a random 50/50 chance of producing heads or tales began to deviate from expectation as the observer began to intend for the numbers to be higher or lower. While the affects of the mind over the machines was not large, it was enough that contemporary physics is unable to explain what exactly is happening. Perhaps this is where the quantum world can shed light?


The implications this research could have on humanity is quite fascinating given it could reach into the realms of creating a world of peace, healthy living and joy. If intentions and thoughts can impact something the way it has been demonstrated above, why not explore the boundaries of how far this can go? It is my belief that we create our realities with our thoughts and intentions, I feel science is starting to confirm this and in time we will realize the true power of our minds and intentions.


The video below is a very brief synopsis of the Princeton Engineering Anomalies Research laboratory of Princeton University, whose research into mind-matter interaction forms the foundation of Psyleron Technology.