‘Zionism’ Means Something Different for Some Muslims 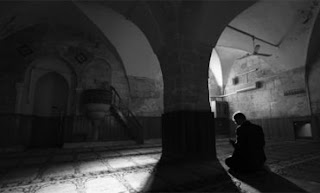 This is an important nuance to the understanding of the meaning of Zionism outside traditional western understanding. The education system has promoted a threat concept that is actually ludicrous and implausible, but certainly expanded the concept of a national enemy that was obviously convenient for rulers. Who would have thought.

I now clearly realize that a huge amount of Middle Eastern propaganda is about apples rather than oranges. Most likely it is also used as code to resist the West while pandering to it. We have wrongly linked the words to our own understanding of Zionism and ignored the disconnect.

Put all that aside, and what is sorting itself out in the Middle East is a movement of ethnic peoples into and out of Israel that religion aside is a colony of modernism athwart the Holy Land. It also means that there is a real basis for peace and regional cooperation once the political aspect is cleansed by democratic process.

Israel is still defining its boundaries and there are other solutions never entertained. Time alone will resolve the situation but that is merely the slow solution.

‘Zionism’ means something different for some Muslims

After thousands of years, we are witnessing God’s promise in the Torah and the Koran with our own eyes, in the form of the presence of the Jews in Israel.

Many Muslims dislike the word “Zionism.” A great many of these are actually people who like Jews. They have no complaint about the existence of Israel. But they always object to the word Zionism. In their eyes, Zionists are bad people who cause war and unrest. Zionists are supposedly even behind many tragedies in the world.


The reason for this is that for years the name Zionism has been thought to be part of the different and false belief known as “goyim.” In the eyes of many Muslims, Zionists imagine they are the only true religious believers in the world, and believe the Creator belongs to them alone and that other people are therefore irreligious, and even animalistic entities far beneath them. These Muslims believe that for Zionists, everything is permissible in regard to the Holy Land, including constant bloodshed in order to reach the desired borders of the Promised Land.


They also believe that the desired borders of the Holy Land are so wide as to include almost all the Middle East, or even the entire eastern part of Turkey, right up to central Anatolia. A Zionism used to support an expansionist ideology wherein obtaining this territory is the highest priority, the “be-all-end-all,” is very alarming for the region and of course, for Turkey.


Let us now look at the matter from Turkey’s perspective. We Turks have always thought of Zionism like that. The term has always been alarming to us ever since our childhoods. We have got on well with Jews and Israeli Jews, yet ironically, if someone says, “I am a Zionist,” we have learned to shy away. That is what Zionism has always meant for the Turkish people: ethnocentric, fascist, aggressive ideology.


What Turkish Prime Minister Recep Tayyip Erdogan meant when he described both Zionism and anti-Semitism as crimes against humanity during the UN conference in Vienna, thus protecting the values of Jews but differentiating Judaism from Zionism, was very likely just that.


But since that is not the truth about Zionism, reactions from Israel and America quickly followed. As a Turkish citizen, I think it would be a wise move and most suitable for the prime minister to make a new statement in order to better clarify what he was trying to say.


Turkey is a country that wants Israel to exist in the region. It is happy at the presence of Jews there. Turkey was the first Muslim country to recognize the Israeli state, founded in 1948; the presence of a Jewish state in the Holy Land, genuine Zionism in other words, has never been a problem for Turkey. Many people are misinformed on the subject, but of course, there is much in this world that people are misinformed about. Much of the world is misinformed about values, ideologies, theories and even religions. The important thing is to be able to give them the accurate facts.


The greatest concern in Israel in the wake of Erdogan’s words was this: Would it have a negative impact on Turkish people? Would it cause a rift between Turks and Jews? Would the danger of anti-Semitism prevail in Turkey? No. Zionism means something very different to Turks than it does to Israelis. It has nothing to do with Jews or the Holy Land where the State of Israel stands.


It is of course important for this misunderstanding to be put right, as it increasingly is in Turkey. Muslims are told in the Koran that the Jews have the right to live in the Holy Land, whose borders are explicitly set out in the Torah. That is what true Zionism means. Muslims’ own faith tells them of the presence of the Jews there. Turkey is becoming increasingly aware of this. Many Muslims have learned it for the first time in recent years.


The Jews have the right to live there, in accordance with the Prophet Moses’ command to his own people in a verse from the Koran; “My people! Enter the Holy Land which God has ordained for you.


This is a glad tiding. After thousands of years, we are witnessing God’s promise in the Torah and the Koran with our own eyes, in the form of the presence of the Jews there. God has told us of His promise, and there they are.


We are in a time when this false belief regarding the nature of Zionism has spread across the world. This is a time of testing. Tests are difficult; they require self-sacrifice, loyalty and maturity, and for those who do not know to be taught the truth. There may be a high price. But we cannot move toward goodness, the truth, love and peace in any other way.


That can be done by educating people. Many things have been resolved through education, and this can be, too. Peace must not speak words of hatred. We must make peace possible by responding with education even to hatred.


The writer is a commentator and religious and political analyst on Turkish TV and also a peace activist. She is the executive producer and a host of the Building Bridges Show (http://bit.ly/UfTuVf) and writes as an op-ed column for The Washington Post, Moment Magazine, IslamOnline, Gulf Daily News and Haber Hilal in Turkey. Her Facebook page: https://www.facebook.com/kocaman.aylin

New perspective to me, indeed. I think she's right in many things.