The Geological Relationship Between CO2 Concentrations and Sea Level 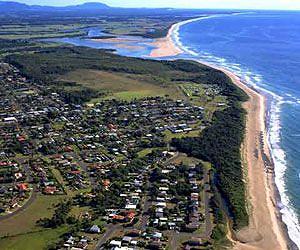 First off, it is important to understand the actual sequence. When the climate warms more CO2 is released into the atmosphere and the sea level rises. The geological evidence gives us many such cycles. We have no geological evidence of CO2 release from geological sources and any such should be identified in some way.

What is true is that if our global heat content remains high, the ice will melt and more CO2 will leave the ocean and enter the atmosphere. The process can be expected top take centuries.

However, it is much more likely that we will be seeing a reversal in which the temperature drops somewhat at least and even potentially a lot. If we are lucky, we will have nice warm conditions lasting centuries. That would surprise me much more.

Please note that geologically, global warming produced higher CO2 as a lagging effect. There has been little if any evidence of the reverse.

The relationship between CO2 concentrations and sea level


By comparing reconstructions of atmospheric CO2 concentrations and sea level over the past 40 million years, researchers based at the National Oceanography Centre, Southampton have found that greenhouse gas concentrations similar to the present (almost 400 parts per million) were systematically associated with sea levels at least nine metres above current levels.

It takes many centuries for such an equilibrium to be reached, therefore whilst the study does not predict any sea level value for the coming century, it does illustrate what sea level might be expected if climate were stabilized at a certain CO2 level for several centuries.

Lead author Dr Gavin Foster, from Ocean and Earth Science at the University of Southampton which is based at the centre, said, "A specific case of interest is one in which CO2 levels are kept at 400 to 450 parts per million, because that is the requirement for the often mentioned target of a maximum of two degrees global warming."

"This way, we cover a wide variety of climate states, which puts us in the best position to detect systematic relationships and to have the potential for looking at future climate developments," said co-author Professor Eelco Rohling, also from Ocean and Earth Science at the University of Southampton.
The researchers found that the natural relationship displays a strong rise in sea level for CO2 increase from 180 to 400 parts per million, peaking at CO2 levels close to present-day values, with sea level at 24 +7/-15 metres above the present, at 68 per cent confidence limits.

"This trend reflects the behaviour of the large East Antarctic ice sheet in response to climate changes at these very high CO2 levels. An ice-free planet, with sea level 65 metres above the present, occurred in the past when CO2 levels were around 1200 parts per million."

Professor Rohling said, "Sea level rises to these high values will take many centuries, or even millennia, but the implications from the geological record are clear - for a future climate with maximum warming of about two degrees Centigrade, that is with CO2 stabilized at 400 to 450 parts per million, sea level is set to steadily rise for many centuries, towards its natural equilibrium position at around 24 +7/-15 metres, at 68 per cent confidence.

In Intergovernmental Panel on Climate Change terms, this is a likely rise of at least nine metres above the present. Previous research indicates that such rises above present sea level may occur at rates of roughly one metre per century."

Based on these results, which document how the Earth system has operated in the past, future stabilization of CO2 at 400-450 parts per million is unlikely to be sufficient to avoid a significant steady long-term sea level rise.