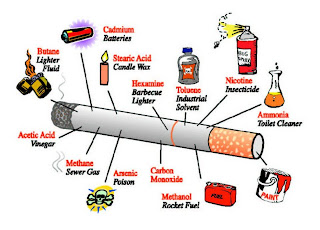 This is welcome news of course for the many who have dabbled. It also is expected but now confirmed. After all the indications are that smoking is a cumulative disease and toxicity is also better handled by the young, it is most likely that the negative effects will strike in the aging smoker as is observed.

It is also observed that several years of abstinence appears good enough to allow the full recovery of the body although that is moot if a cancer has been established.

The point of all this is that it is obviously stupid to smoke at all and it is doubly stupid to continue after reaching age forty.


Smokers who quit before age 40 live almost as long as people who never smoked: Ontario study


Young people who give up smoking tobacco before reaching the age of 40 can reasonably expect to live nearly as long as others who’ve never smoking cigarettes at all, a new groundbreaking study of U.S. health and death records has shown.

Smoking, which can cut at least 10 years off someone’s lifespan, ensnares 30 million young adults each year (about half of all young men and 10% of young women) and most do not quit.

“Quitting smoking before age 40, and preferably well before 40, gives back almost all of the decade of lost life from continued smoking,” said Dr. Prabhat Jha, head of the Centre for Global Health Research at St. Michael’s Hospital in Toronto.

“That’s not to say, however, that it is safe to smoke until you are 40 and then stop,” said Jha. “Former smokers still have a greater risk of dying sooner than people who never smoked. But the risk is small compared to the huge risk for those who continue to smoke.”

The findings were published Wednesday in the New England Journal of Medicine.

Jha’s used data from the U.S. National Health Interview Survey, which includes a cross-section of the population that’s surveyed every year about many health topics. More than 200,000 survey participants were linked to the National Death Index, which includes death certificate information for all Americans since 1986.

Researchers working with Jha found that people who quit smoking between ages 35 and 44 gained about nine years and those who quit between ages 45-54 and 55-64 gained six and four years of life, respectively. This survey of existing data is considered a more accurate gauge than similar studies in the past that were skewed by data collected mainly from nurses or other health care workers.

Smoking, which was responsible for the early deaths of 100 million people in the 20th century, is expected to claim one billion lives in the 21st century, mainly in the developing world. Jha says that without a push to increase taxes on cigarettes as has been successfully deployed in France and here in Canada, governments should expect their epidemics of smoking-related diseases to worsen.

Taxation is the single most effective step to get adults to quit and to prevent children from starting, he said.