Something Awful at Isfahan? 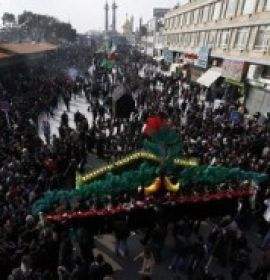 So far this story has near zero coverage and certainly no boots on the ground. As quoted it has come by way of the BBC and I am sure, no end of twitter messages.

However you only evacuate a population because of a disaster that can not be safely contained. That cuts things down pretty quickly to chemical disasters including gas blowouts and at worst radiation. The fact that it looks like a full evacuation pretty well confirms those options. Something very serious has occurred and it is necessary to put distance between the population and the event center. So just what direction is the evacuation taking?

Again this is a major news event and may signal a successful assault on Iran's nuclear capacity.

The actual urban area holds around three and a half million so the early news reports are using only the population for the city itself and are obviously misleading. What is certain is that they are evacuating something and it could be anywhere from a small district to the whole region.

In the meantime we have government denials regarding a nuclear leak and quite obviously a lot of tumult in the region when put together leads inescapably to the conclusion that a serious nuclear accident is underway and not under control.


According to the report, the edict calls on Isfahan's one-and-a-half million people to leave the city “because pollution has now reached emergency levels.”


Iranian officials previously denied that a leak occurred at the facility, and accused the West of fabricating the story in order to create “tumult” in the region.