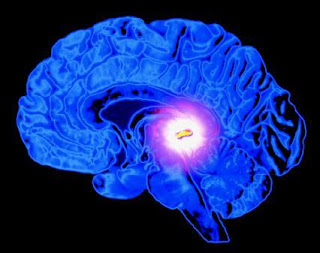 It is very easy to dismiss a claim by labeling it a myth. It has turned out to be far more difficult to apply some semblance of scientific method to the data itself simply because the data is not been systematically accumulated. Bigfoot research has quietly become compelling because thousands of individual reports have been gathered, but each and every reporter has also been debriefed. Do that more than fifty times and the probability of an underlying reality handily reaches the tipping point.

The meditation protocol is gathering more and more practitioners, yet most are far from Yogis. I expect the actual protocol to be universally taught and performed by everyone in time. The medical benefits are just too obvious and valuable. It provides a clear base for mental stability by centering the mind. Yet the scattered claims out there powerfully inform us that there is more to be gained.

Part of it is to experience the light and the sound. More intriguingly it is to access the GOD internet as it appears Cayce achieved. Today we are sitting with a nice shiny computer without knowing what to do. The secret is to ask a question and to accept an answer and then use intellect to test the answer. We need to learn such a protocol and see where it takes us.

Solar energy has already come a long way. In the past five years it has evolved from cumbersome solar panels which had to be installed by the dozen on roof tops in order to provide enough kilowatts per hour to power even the smallest home’s energy needs. Then came the film-like rolls, which were much lighter, and recently, even a spray paint that is based onnanotechnology such that you can paint some great graffiti and enjoy solar powering your computer, refrigerator and AC all at once. In the latest news from MIT, biomedical engineer, Shuguang Zhang, offers the possibility of sending solar power to remote villages by utilizing agricultural waste to make solar cells with a form of photosynthesis called photosystem-I (PS-I). It would be layered on a substrate like more conventional solar panels and produce electric current when exposed to light.

“It is either easy or impossible.” Salvador Dali

Being the wacky-minded, non-MIT graduate that I am, I started thinking. If we can create power from the largest free energy source in our Universe (it has been estimated we could power an entire city for a year with just 8 minutes of the sun’s blaring rays) and a little organic matter, what is to keep us from powering ourselves with the light that is reflected in our personal, tiny sun – the pineal gland. After all, this fascinating gland has rods and cones, and actually processes light, much like our own eyes. There are references to the ‘illumination’ that occurs once the pineal gland has been opened, and while this is a metaphor with a more esoteric meaning, why not a physical one too? The conifer tree that produces the pinecone, is one of the oldest genera on the planet. It has existed three times longer than all flowering plant species. Correct me if I’m wrong, but even fifth grade science class said that photosynthesis was required for flowers to bloom, and leaves to stay green. If plants can get their power directly from the sun, why couldn’t we?

“We have more power than will; and it is often by way of excuse to ourselves that we fancy things are impossible.”  Francois Duc De la Rochefoucauld

The pineal gland has been called the seat of the soul, the thousand-petaled lotus, the epicenter of enlightenment, the eye of Horus, and just, the pinecone, but perhaps our true illumination, spiritually, also means we can start burning our own wattage, through the activation of that tiny gland in the center of the brain. There are, after all, myths and stories about yogis with super natural powers living in the Himalayas that could go for weeks on end without food or water. The legends say that they existed on light. In ancient yogic texts these abilities are nothing to laugh at. The siddhis are supernatural powers said to be realized by those who were awakened or illumined. They even have specific names, like Anima, Mahima, Garima, Prapti, etc. in the Sanskrit language. We already have pedestrian ways to generate our own power, through kinetic energy. Peddle-a-kilowatt bicycles are all over the place now. Is processing light energy so far-fetched?

“The alternative physics is a physics of light. Light is composed of photons, which have no antiparticle. This means that there is no dualism in the world of light.” Terence McKenna

Ancient texts even talk about light-body activation. It requires shifting to a higher frequency, ideally so that your gross, or material body becomes light enough to work with other elements in our galaxy – wind, air, water, the rays of the sun included. Scientists have already pointed to the probability that there are multiple dimensions in space. String theory specifies this. This contender for the TOE, or theory of everything would actually make it more probable that those ancient metaphors weren’t some tweaked out version of Star Wars, Episode 30027. If multiple dimensions exist, then the holographic principle and other suggestions of a ‘unified field’ would make it possible to live on light, literally.

“In order to attain the impossible, one must attempt the absurd.”  Miguel de Cervantes

The problem is that siddhis, or ‘special’ powers are only given fleeting reference in ancient texts because it was thought that these powers could corrupt an impure mind. To use a Star Wars reference again, if the mind isn’t purified, one could turn into a Darth Mall or Darth Vadar and instead of utilizing their powers for good, they could inflate the ego and use them for evil. I suspect that many people could become very ego-inflated with the intuitive insights they receive on a spiritual path, as they become lighter and clearer, since many spiritual ‘gurus’ have been unable to shed their natural human wants and desires. There are jokes about Zendos being full of sake-drunk monks and the sycophants who follow them regardless. It isn’t improbable that we could develop super-human traits, though.

Consider these miraculous feats. In the uterus, babies ‘breath’ water from their mother’s wombs through the umbilical chord. When enough adrenaline is flooding the body, mothers have been known to lift entire cars to free their children who were pinned underneath. Wim Hof, a daredevil Dutchman who ran an Arctic marathon survived minus 20 degree Fahrenheit weather without a shirt on. A 6-foot-6 man named John Evans can balance an entire car on his head. These are just examples of lay-people doing extraordinary things.

“… A spirit molecule needs to elicit, with reasonable reliability, certain psychological states we consider “spiritual”. These are feelings of extraordinary joy, timelessness, and a certainty that what we are experiencing is more real than real. Such a substance may lead us to an acceptance of the coexistence of opposites, such as life and death, good and evil; a knowledge that consciousness continues after death; a deep understanding of the basic unity of all phenomena; and a sense of wisdom or love pervading all existence.” Rick Strassman, M.D. DMT, The Spirit Molecule

Furthermore, Shaolin Kung Fu masters can push cars with a blade against their necks, and whip around in circles defying gravity. Tibetan monks have already proven they can significantly alter their own body temperatures through meditation. When covered with cold, wet sheets, they were able to change their temperatures enough to make the sheets steam. In meditation the pineal gland is increasingly opened, and dowses the brain and body in seratonin-derived melatonin, or dimethyltryptamine (DMT). These feats are likely just the tip of the iceberg.

“It’s kind of fun to do the impossible.” Walt Disney

If opening the pineal gland to illumine the mind does nothing more than open alternative worlds to our awareness, who is to say that eventually our exploration won’t show us a way to take light in through our eyes and skin and use it like fuel for our bodies. Even if we don’t do it through a special adaptive biological process, the MIT scientists who are figuring out how to use solar power and plant rubbish have the right idea. If esoteric tales from the past can meet with the cutting edge science of the present, we might just fuel Disneyland roller coasters with an afternoon bask in the sun.

Christina Sarich is a musician, yogi, humanitarian and freelance writer who channels many hours of studying Lao Tzu, Paramahansa Yogananda, Rob Brezny, Miles Davis, and Tom Robbins into interesting tidbits to help you Wake up Your Sleepy Little Head, and See the Big Picture. Her blog is Yoga for the New World.