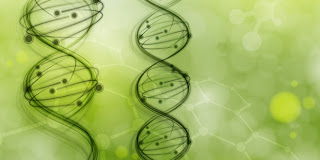 This has long been in the cards and now it is easily done.  This suggests that a living dynamic storage protocol could well make good sense and yes, it can be stuffed into a living organism for safe keeping perhaps.

It also begs another question.  Just when are we going to reverse transcribe the human genome to see if it contains plausible readable content.  With so much clearly unidentified it may have already been used to store data.

It would be an interesting project for cryptologists.   Because of our prior human emergence and the enhancement of our own humanity, it is safe to say that if the conjecture of plausible encoding is correct then it was in fact done.  Thus this suggestion is not unreasonable at all.

Researchers use DNA to store huge amounts of data

It can store the information from a million CDs in a space no bigger than your little finger and could keep it safe for centuries.

Is this some new electronic gadget? Nope. It’s DNA.

The genetic material has long held all the information needed to make plants and animals, and now some scientists are saying it could help handle the growing storage needs of today’s information society.

Researchers reported Wednesday that they had stored all 154 Shakespeare sonnets, a photo, a scientific paper, and a 26-second sound clip from U.S. civil rights leader Martin Luther King Jr.’s “I Have a Dream” speech. That all fit in a barely visible bit of DNA in a test tube.

The process involved converting the ones and zeros of digital information into the four-letter alphabet of DNA code. That code was used to create stands of synthetic DNA. Then machines “read” the DNA molecules and recovered the encoded information.

That reading process took two weeks, but technological advances are driving that time down, said Ewan Birney of the European Bioinformatics Institute in . He’s an author of a report published online by the journal Nature.

DNA could be useful for keeping huge amounts of information that must be kept for a long time but not retrieved very often, the researchers said. Storing the DNA would be relatively simple, they said: Just put it in a cold, dry and dark place and leave it alone.
The technology might work in the near term for large archives that have to be kept safe for centuries, like national historical records or huge library holdings, said study co-author Nick Goldman of the institute.

Maybe in a decade it could become feasible for consumers to store information they want to have around in 50 years, like wedding photos or videos for future grandchildren, Goldman said in an email.

The researchers said they have no plans to put storage DNA into a living thing, and it couldn’t accidentally become part of a living thing.


Read more:
http://www.canada.com/Researchers+store+huge+amounts+data/7867880/story.html#ixzz2J9JTC7tF
Posted by arclein at 12:00 AM