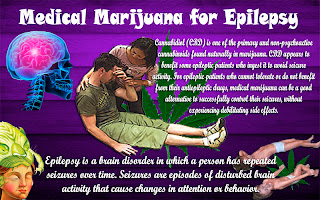 This protocol is so far specific to Dravets, but could also apply to other forms of disturbed brains. Certainly been able to sharply lower occurrence is a huge gain that allows a large increase in training and therapy time.

The case here is about as bad as it actually gets. If this can be applied to epilepsy generally, then most folks have occasional events,, but typically they are daily as the diurnal cycle progresses. It may be possible to outright eliminate them here.

Most severe victims are inevitably institutionalized and progress poorly in acquiring skills. Just avoiding that would be a massive saving to society.


Dravet syndrome is a severe myoclonic epilepsy whose onset occurs in infancy. Those with Dravet may have upwards of 100 seizures per day. The most intense episodes can last for 15 minutes to up to an hour. There is no known cure. The best available treatment is to minimize seizures, which are precipitated by environmental stress.

The longer a person has an epileptic attack, the higher the likelihood that prolonged damage could occur. Dravet seizures are so intense and long that brain development is delayed. In severe cases, a seizure may cause cardiac arrest. Each day can vary drastically for those with Dravet. There are a variety of pharmaceutical anticonvulsants available, but none of them eliminate seizures, and all have side effects.

Recently, a group of families affected by Dravet have turned to CBD-rich cannabis as a treatment for their children. These families have formed a Facebook group with close to 200 members that allows members to provide support, compare notes, and to share experiences. Some had initial reservations about using cannabis on their children, but were eager to try alternatives to conventional pharmaceuticals.  The prospect of less- psychoactive cannabis piqued their interest, especially in light of the anticonvulsant and anti-inflammatory properties of CBD.

Suzie Engelhardt, mother of Regan (age 7), said that pharmaceutical medications left her daughter “like a zombie” and did not properly control seizures. Jason David, whose son Jayden is 5 and was featured on “Weed Wars”, reported that his son was having 100-300 myoclonic seizures per day despite taking 12 different pharmaceutical drugs. Rebecca Hamilton Brown’s son Cooper is 14 and has been using cannabis since last year. Brown describes her son as “highly functional” as a result, and explains, “parents of children with Dravet often get to a point of feeling scared and desperate… they tend to be open to alternatives.”

All of the families have reported improvement in their children’s health after using CBD cannabis. Cooper Brown is virtually seizure free since he has been using 3:1 CBD/THC oil capsules. His mother reports that his overall mood is much improved and his appetite has increased. Rebecca says that even though Cooper is not completely seizure free, the CBD cannabis regimen has “improved the frequency and severity of [his] seizures”.

After experimenting with different strains and CBD ratios, Regan Engelhardt’s daily seizure frequency fell from 50 seizures per night down to five. Before cannabis, her seizures dramatically altered her ability to walk, sleep, eat, or drink (she had been hospitalized for dehydration as a result). According to her mother, the pharmaceutical medications delayed her ability to walk until the age of 2 and left her “catatonic.” Currently, Regan’s cannabis medicine has allowed her to be weaned off one pharmaceutical medication, has increased focus, and is able to sleep through the night. “You see so much more light back in her eyes” her mother Suzie says. “Just a couple of weeks ago I wondered if she would ever come back.”

Jayden David has made vast improvements as well. His father reports that his walking is better (Jayden was previously non-ambulatory). He can now swim, an activity he adores, without having a seizure. Jason says that Jayden’s eye contact is “100 times better” and his “comprehension has greatly increased”.

All of the families interviewed have been using CBD strains with varying ratios and forms. Each has had to use trial and error to find what is most beneficial for their child. Jason David says that he “has to play doctor” for his son by experimenting with countless CBD/THC ratios for Jayden, finally settling on a CBD glycerin tincture. It has been a constant struggle to pin down the right strain and keep a steady supply for his son, despite living in California.

Maintaining a reliable supply  is invaluable to families. “You see results” says Suzie Engelhardt, “and you want to keep it that way.” All the families have faced similar challenges and have to cope with the ebb and flow of plant material for their child’s treatment.

All of the families interviewed live in medical cannabis states (California, Michigan, and Washington) with functioning analytical labs.  The parents interviewed report that dispensaries’ supply of CBD medicine is problematic, if they carry CBD medicine at all. Suzie Engelhardt called over 100 dispensaries seeking plant material with above a 3:1 CBD/THC ratio, even having to resort to looking for CBD medicine on Craigslist!

None of the families have noted any criticism of their decision to use cannabis for their children. Rather, the public has been supportive and understand Dravet families simply want to do anything that will help affected children. As Brown puts it, “my kid is [virtually] seizure free, how can you argue with that?” Luckily these families have mutual support and the encouragement of the medical cannabis community. The next step is to ensure reliable access to CBD medicine.