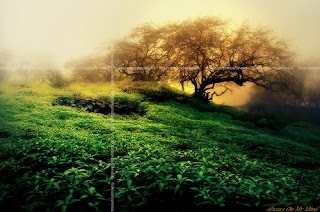 Managed luminous dreaming is now been properly studied and it is still early days, but it appears to becoming possible to answer a range of age old questions regarding this phenomena and to develop fresh hypothesis. It is in fact been systematically studied and it will become increasingly possible to design testable ideas and provide solid statistical results.

It has long been conjectured that an independent soul exists. We will now be able to separate the illusion from physical reality by using remote sign recognition. This has already been done at an anecdotal level and deserves to be done in a manner that is bullet proof.

This state has been explored through meditation and we have established methods of entering the several levels of consciousness. My problem with all that, it has been assumed that that is the whole goal. As I have conjectured a physical GOD exists and provides us the soul. This began around 40,000 years ago at least. We will achieve the same result inside the next two generations. Thus GOD participates in our lives through this soul in the way the internet participates in our lives through our cell phones.

What we have failed to understand is that GOD exists to serve mankind and Terran life in general. Our failure is to fail to properly ask questions. If we can ask the right questions it is my conjecture that GOD is able to show us a proper answer. It may take time because GOD must allow the biological connections to be made.
.
The trick to learn is to be able to access the state of luminous dreaming and to actually access information. My own one experience provided me new information and new insight both uncalled for and unexpected. This confirmed for me the reality of the experience and ample insight into what failure implies for the soul.

When your head hits the pillow, for many it's lights out for the conscious part of you. But the cells firing in your brain are very much awake, sparking enough energy to produce the sometimes vivid and sometimes downright haunted dreams that take place during the rapid-eye-movement stage of your sleep.

Why do some people have nightmares while others really spend their nights in bliss? Like sleep, dreams are mysterious phenomena. But as scientists are able to probe deeper into our minds, they are finding some of those answers.

Here's some of what we know about what goes on in dreamland.

As if nightmares weren't bad enough, a rare sleep disorder — called REM sleep behavior disorder — causes people to act out their dreams, sometimes with violent thrashes, kicks and screams. Such violent dreams may be an early sign of brain disorders down the line, including Parkinson's disease and dementia, according to research published online July 28, 2010, in the journal Neurology. The results suggest the incipient stages of these neurodegenerative disorders might begin decades before a person, or doctor, knows it.

Staying up late has its perks, but whimsical dreaming is not one of them. Research published in 2011 in the journal Sleep and Biological Rhythms, revealed that night owls are more likely than their early-bird counterparts to experience nightmares.

In the study 264 university students rated how often they experienced nightmares on a scale from 0 to 4, never to always, respectively. The stay-up-late types scored, on average, a 2.10, compared with the morning types who averaged a 1.23. The researchers said the difference was a significant one, however, they aren’t sure what's causing a link between sleep habits and nightmares. Among their ideas is the stress hormone cortisol, which peaks in the morning right before we wake up, a time when people are more prone to be in REM, or dream, sleep. If you’re still sleeping at that time, the cortisol rise could trigger vivid dreams or nightmares, the researchers speculate. [Top 10 Spooky Sleep Disorders]

As in their wake hours, men also dream about sex more than women do. And comparing notes in the morning may not be a turn-on for either guys or gals, as women are more likely to have experienced nightmares, suggests doctoral research reported in 2009 by psychologist Jennie Parker of the University of the West of England.

She found women's dreams/nightmares could be grouped into three categories: fearful dreams (being chased or having their life threatened); dreams involving the loss of a loved one; or confused dreams.

4. You can control your dreams

If you're interested in lucid dreaming, you may want to take up video gaming. The link? Both represent alternate realities, said Jayne Gackenbach, a psychologist at Grant MacEwan University in Canada.

"If you're spending hours a day in a virtual reality, if nothing else it's practice," Gackenbach told LiveScience in 2010. "Gamers are used to controlling their game environments, so that can translate into dreams." Her past research has shown that people who frequently play video games are more likely than non-gamers to have lucid dreams where they view themselves from outside their bodies; they were also better able to influence their dream worlds, as if controlling a video-game character.

That level of control may also help gamers turn a bloodcurdling nightmare into a carefree dream, she found in a 2008 study. This ability could help war veterans suffering from post-traumatic stress disorder (PTSD), Gackenbach reasoned.

Scientists have long wondered why we dream, with answers ranging from Sigmund Freud's idea that dreams fulfill our wishes to the speculation that these wistful journeys are just a side effect of rapid-eye-movement (REM) sleep. Turns out, at least part of the reason may be critical thinking, suggests Harvard psychologist Deirdre Barrett who presented her theory in 2010 at the Association for Psychological Science meeting in Boston.

Her research revealed that our slumbering hours may help us solve puzzles that have plagued us during daylight hours. The visual and often illogical aspects of dreams make them perfect for the out-of-the-box thinking that is necessary to solve some problems, she speculates.

So while dreams may have originally evolved for another purpose, they have likely been refined over time for multiple tasks, including helping the brain reboot and helping us solve problems, she said.