Why Justin Beiber Will Never be Prime Minister of Canada 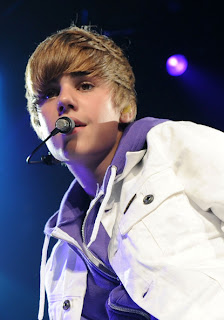 I am posting on this item more for my American readers because supplies an excellent insight into the electoral process of the parliamentary system that uses as opposed to the American system instead.  All such systems ultimately provide some sort of an obstacle course for a leadership aspirant to grind through in order to win the voter’s trust.

The of course famously sets up a primary system in order to shake out the candidates fairly quickly, but it has and will be subverted by populism and the recent example of Obama leaps to mind.  He was untested in all aspects of his past career and remained so until actually elected upon which only then was it possible to begin to assemble a real track record.

Unsurprisingly, past governors have made up a number of successful presidencies because they were presumably tested elsewhere.  Yet is has at times been quite unsatisfactory and fa8iling presidencies are still able to ride out a loss of confidence.  Yet the parliamentary system is also prone to capriciously remove a leader way to soon.

What is described here is the tortuous path to political ascendency in .  One result of this system is that has rarely been led by a truly inexperienced leader and then only briefly.   This has generally led to superior outcomes.

Why Justin Bieber will never be prime minister

For better or worse, our electoral system weeds out the pop stars

For the second time in as many years, a Grammy-winning pop star wants to become president. Two years ago, it was respected rapper Wyclef Jean who made an unsuccessful–though much talked-about–bid for the presidency of Haiti. Today, it’s African singer-percussionist Youssou N’Dour, currently a candidate in Senegal’s upcoming presidential elections.

There are musician-politicians in too, of course. Prime Minister Stephen Harper is a decent pianist; interim Liberal leader Bob Rae is another. And the late NDP leader Jack Layton loved to play music in his off-hours. Admittedly amateurs all, the three leaders nevertheless gained a certain creative credibility for their musical chops.

There have even been professional Canadian musician-politicians. The current NDP caucus features a pair of roots rockers: onetime band-mates (in L’Étranger) Charlie Angus of Grievous Angels and Andrew Cash ofThe Cash Brothers. Both, however, are a long way from snatching up the country’s top job–and arguably just as far from becoming pop stars.

Which raises the question: is a pop star prime minister of even possible?

The answer has a lot to do with our electoral system. If Canadians were allowed to pick the head of the executive directly (more or less as Americans do in their presidential elections), we might imagine a sufficiently popular musician—Bryan Adams? Celine Dion? Drake? BIEBER?!—translating her popular appeal into a leadership role.

Alas, to become a Canadian prime minister, there’s no escaping the slow, laborious rise through the ranks: first, win the party nomination in a local riding; then win your riding in an election; then become a member of Parliament; then put in time as a back-bencher; and take on key party roles, possibly a cabinet post. That could take a couple of terms, if you’re lucky.

Keep at it for a number of years, standing in Question Period, facing the press, stabbing the right backs and shaking the right hands, and you just may have a chance to earn your party’s nomination at a leadership convention.

After that, you only have to go out and win your own seat in a federal election—for the party that takes the greatest number of seats in Parliament—and you’re in!

If you’re a pop star, it’s sadly obvious what that would do to your rehearsal schedule and studio time. No more touring stadiums. As for a Juno, let alone a Grammy: forget it.

Which raises a point worth pondering. Remember the scene of our own prime minister, Stephen Harper, playing the piano in avuncular fashion?

Remember well, because Harper may be the closest ever gets to having a a pop star for prime minister.