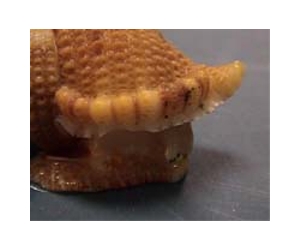 It appears possible to model the brain’s response to learning stimuli in order to optimize memory at least.  We are still a long way from having an effective protocol but we now know such a protocol should exist.

God knows we all could use the advice.  I doubt that it will be too simple if only because the comparable was a simple pattern that should have possibly helped but clearly did not.  Forget simple and figure it out the hard way through trial and error.

In the end, a learning protocol will by itself have a positive effect on the learning process by creating an independent focus as is done in memory systems.

Efforts to help people with learning impairments are being aided by a species of sea snail known as Aplysia californica. The mollusk, which is used by researchers to study the brain, has much in common with other species including humans. Research involving the snail has contributed to the understanding of learning and memory.

At The at Houston (UTHealth), neuroscientists used this animal model to test an innovative learning strategy designed to help improve the brain's memory and the results were encouraging. It could ultimately benefit people who have impairments resulting from aging, stroke, traumatic brain injury or congenital cognitive impairments.

The proof-of-principle study was published on the Nature Neuroscience website on Dec. 25. The next steps in the research may involve tests in other animal models and eventually humans.

The strategy was used to identify times when the brain was primed for learning, which in turn facilitated the scheduling of learning sessions during these peak periods. The result was a significant increase in memory.

"We found that memory could be enhanced appreciably," said John H. "Jack" Byrne, Ph.D., senior author and chair of the Department of Neurobiology and Anatomy at the UTHealth Medical School.

Building on earlier research that identified proteins linked to memory, the investigators created a mathematical model that tells researchers when the timing of the activity of these proteins is aligned for the best learning experience.

Right now, the scheduling of learning sessions is based on trial and error and is somewhat arbitrary. If the model proves effective in follow-up studies, it could be used to identify those periods when learning potential is highest.

The computer sorted through 10,000 different permutations in order to determine a schedule that would enhance memory.

To confirm their findings, researchers analyzed nerve cells in the brain of snails and found greater activity in the ones receiving the enhanced training schedule, said Byrne, the June and Virgil Waggoner Chair of Neurobiology and Anatomy at UTHealth.

"This study shows the feasibility of using computational methods to assist in the design of training schedules that enhance memory," Byrne said.

University of Texas Health Science Center at Houston
Posted by arclein at 12:01 AM

I have recently started a website, the info you provide on this site has helped me greatly. Thank you for all of your time & work.
Keen Women's Snowmass High Waterproof Winter Boot

This was really a informative blog, depicting that the sea nails also helps scientists in exploring the possible ways to enhance memory.